American seniors now make up over one-half of the nation’s homeless population. 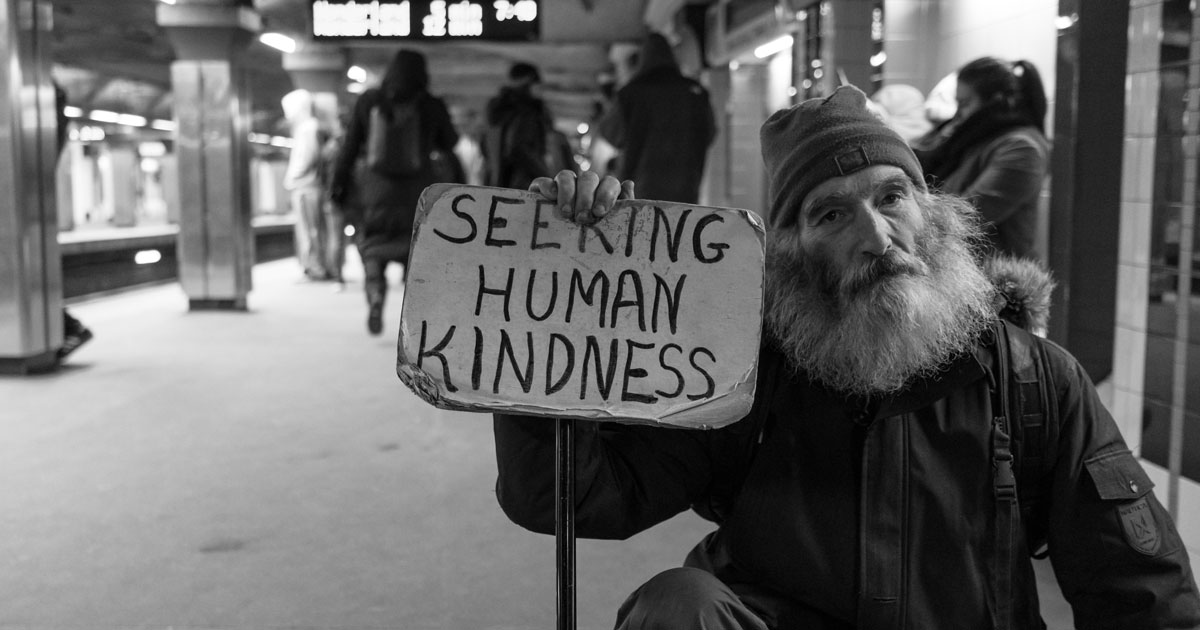 Photo by Matt Collamer on Unsplash

Homelessness is an unfortunate issue in the United States. Especially vulnerable are the more elderly homeless. How do people wind up on the street in their Golden Years? What can be done to help?

Overall, our nation’s homeless predicament has been decreasing though the last decade. Yet a recent surge in older homeless people is attributed to younger Baby Boomers (born between 1955 and 1965) who are now aging into their Golden Years on the streets.1 Recent estimates from the Department of Housing and Urban Development (HUD) calculate over 306,000 people 50 years of age or older living on the streets, a dramatic 20% increase since 2007.2 Seniors now make up over one-half of the nation’s homeless population.3

In fact, it is estimated that this younger Baby Boomer generation has made up approximately one-third of the total homeless population for decades.4 Now, as the chronically homeless, they age into a new demographic as the elderly homeless with elderly problems, exacerbated by the toll living on the streets takes on one’s body and mind. Homelessness is its own brand of institutionalization and assimilation, with residents of the streets often lacking basic amenities most of the US takes for granted such as lack of access to appropriate medical care and adequate nutrition, water, and hygiene resources. Experts say the average life span for a homeless person living on the street is just 64 years. 5 Different studies corroborate the revelation that just short of half of all homeless people older than 50 years of age become homeless for the first time after they turned 50. 6

While the aging of the chronically homeless come as no surprise, it’s the growing number of those who fall into homelessness after the age of 50 that’s causing concern.

Homeless people age exponentially due to the hardships of living on the streets and lack of afore mentioned resources. A homeless person in their 50s generally displays the geriatric difficulties of a person decades older. Caring for an aging homeless population will be difficult and expensive including medical care and shelter accommodations for a graying population that ages much quicker than their chronological years.

Homeless veterans (of all ages) that qualify receive housing vouchers, and federally subsidized low-income housing projects give preference to the elderly and disabled. Yet living expenses, no matter how far reduced, require money. Homeless people typically don’t have access to pension funds, retirement plans, or 401(k)s. In addition, few older homeless people have worked the time required to qualify for Social Security. If they do by chance have some funds in Social Security, it cannot be accessed until age 62. Supplemental Security Income (SSI), designed to assist poor elders and the disabled, is only for those aged 65 and over. For those younger Baby Boomers these funds are just beginning to become accessible.

Some communities, including areas of large homeless concentrations such as Phoenix and Las Vegas, have declared success in eliminating homelessness among veterans.7 This has been a top goal of the current and past federal administrations. Other larger metro areas have claimed success in lowering their overall homeless population, yet many claim this success under the guise of “relocation” programs which are widely criticized as shipping the problem (i.e. homeless persons) elsewhere. San Francisco and New York City are two of the biggest offenders of this controversial approach towards the elimination of homelessness. Let’s not forget the public introduction of this controversial practice as Atlanta “cleaned up” the city for the 1996 Summer Olympics, handing out free tickets to all the city’s homeless to anywhere else.

It is in a city’s best interest to help their chronically homeless, for both the humanitarian and financial aspects. It is estimated that each chronically homeless person in San Francisco costs the city $80,000 annually after calculating a variety of factors including policing, emergency services, and medical costs per homeless individual.8 For the older and elderly people, regional and local programs to help transition out of homelessness are still in their infancy (if they exist at all) due to the relative newness of such a larger and older homeless population. There are plenty of relocation programs in many major metro areas battling the homeless predicament. Yet, especially for the elderly homeless, the question is where could they go if they haven’t gotten an offer of help already?

In some places it is not hard to imagine how easy it is to become homeless. Low wages, high rent, and low vacancy rates make some areas such as Los Angeles, San Francisco, New York City, and Honolulu easy to lose one’s home (if stable housing can be found to begin with). In addition to the aforementioned obstacles, these same areas (and others like them) are seeing rising housing costs in addition to the strain gentrification takes on those with low and fixed incomes. Approximately one-third of the nation’s homeless lived in California last year, according to HUD.9 Some places can often see up to a 5% increase in their homeless populations from year to year.10

The reasons behind how people end up homeless is as varied as the individuals living on the street. Poor decisions that unfortunately lead to misfortune. Many stories of homelessness are strikingly similar and hauntingly familiar: working a low-wage job, scraping by on bills but unable to save any money, and then misfortune strikes. Loss of a job, mounting medical bills, or an unfortunate accident and a disability. Also, let’s be honest, some people settle into patterns and habits that they are unwilling or unable to change. Yet homelessness is always sad, no matter what the cause.

Currently in its 5th year, a University of California San Francisco study examines a core sampling of homeless seniors.

What are some characteristics of the “typical” homeless senior?11

56% are in poor to fair health

15% have symptoms of severe alcohol use

14% have severe illicit drug use

With a few exceptions, the homeless have strikingly similar characteristics with their non-homeless peers of low income:12

47% of homeless exhibit urinary incontinence vs 41%

65% of homeless smokes tobacco vs 8% of non-homeless

45% of homeless were visually impaired vs 12%