Grandparents Q and A for the Nosey Nellie 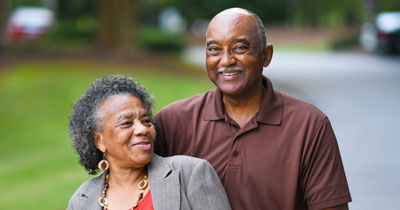 Why is Grandpa so hairy in all the weirdest places?

Is Grandpa starting to resemble a troll with his hairy ears? Do Grandma’s moles seem to sprout a garden of their own? It is no secret that as we age our hormones fluctuate. Testosterone is a particularly fickle fellow that will have men lose hair on their head as they start to cultivate an abundance on their shoulders. The life cycle of hair varies by its location and this life cycle is often disrupted as we age. As with many maladies of old age, not a lot of research is dedicated to the indisposition of migrating hair.

It should come as no surprise that aging affects a person’s brain functions, including memory. “Normal” aging brains may forget which word best describes something, what day it is, where the car keys are, or when they paid a particular bill last. Indicators of something potentially more serious include trouble verbalizing thoughts, regular uncertainty of the date including the current year and corresponding events, inability to find a variety of misplaced items, and problems keeping up with reoccurring responsibilities such as bills and appointments. The American Psychological Association reminds us that dementia (including Alzheimer’s disease) is not a normal part of aging. Approximately 10% of people over the age of 65 have some form of dementia and over a third of the population above age 90 are affected.

Why does Grandpa put so much salt on everything? What is his new fascination with hot sauce?

It is believed that aging changes and dulls taste buds. We are born with approximately 10,000 taste buds! “Normal” taste buds have the ability to replace themselves every few weeks. With aging, our taste buds’ ability to replenish themselves is dampened. In addition, they are less adept at regenerating after injury, such as when being burnt by a hot beverage. Medications, illness, and chronic health issues can contribute to a dulling of the sense of taste. To compensate for the diminishing of taste sensations, some seniors will experiment with newfound ways to accentuate their foods’ flavors while others will rely on their favorite enhancements in increasing quantity.

What are those spots on Grandma's skin?

Liver spots, sun spots, age spots-some descriptions are more flattering than others, but they are all one in the same. They are patches of darker skin due to sun exposure, and although they are common with age they can make an appearance at any time in life. It used to be thought that "liver spots" were associated with an impeded liver function of the elderly, although we now know that to be untrue.

Do my grandparents have a sex life?

Odds are, yes! Intimacy is both a physical inclination (e.g. hormones and pheromones) as well as a psychological desire for connection and companionship. Just because hormonal urges may dampen with age doesn’t mean they are entirely extinguished! The National Survey for Sexual Health and Behavior reveals that well over a third of married individuals, aged fifty to seventy, have sex a few times monthly. Sex over the age of seventy? Absolutely! Over a third of respondents in the over-seventy age bracket have sex on a regular basis. Check out the Kinsey Institute for an abundance of scholarly information about love, sex, and everything in between!