How Does Country of Origin Predict My Life Expectancy? 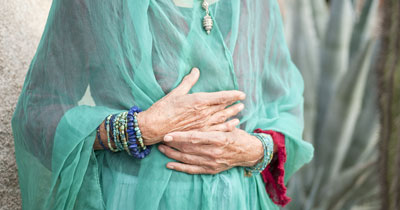 Aging is the accumulation of damage to our physiology over time: molecular damage, cell damage, organ damage, etc. Accumulation of damage that slows us down mentally and physically. We become more susceptible to disease, our most essential components break down and deconstruct until one day the sum of the whole is not enough to sustain us. This life transition is usually linear, consistent, and predictable when given a similar set of controlled variables. Science can often predict or estimate a person’s life expectancy based on a wide variety of factors such as genetics, gender, sociological and environmental influences.  When we are feeling particularly curious (or vulnerable) we can look up life expectancy predictions for ourselves and our loved ones, along with people from every nation in the world. It is quite telling that country of origin is the most influential factor in a person’s life expectancy. Second to that is gender but only within the constructs of one’s country (women live longer than men).

Life Expectancy in the U.S.

Although the life expectancy of Americans is surprisingly lower on the list, we still have approximately 80 years to endure. The U.S. ranks #43 for life expectancy on the Central Intelligence Agency’s World Factbook and we retain similar rankings on a variety of other reputable life expectancy statistics. With equitable life expectancies when compared to the United Kingdom and most of the European Union, the U.S. ranks only slightly above our neighbors in Latin America. For an extremely wealthy industrialized nation free from extreme social and medical burdens we would hope to be more successful in cultivating the longevity of our citizens.

Life Expectancy Across the Globe

Below are the most recent statistics calculated by the CIA on a person’s life expectancy, at birth, as determined by country/place of origin. Life expectancy at birth calculates the average number of years expected to be lived by a group of people born in the same year, at a given place. This is typically calculated by country although certain territories, specially administered regions, city-states, etc. are accounted for as well. The life expectancy calculations below summarize the mortality at all ages and for both genders (although it is universal that women live slightly longer than their male counterparts). Life expectancy calculations are an indicative measure of overall quality of life in a country.

Countries with the Longest Life Expectancies

At 40 years of age, just when many Americans start to get into the swing of things and have life somewhat “figured out” we can rest assured that the road ahead is just as long as the distance we have already travelled. If we were unlucky enough to be born across the ocean into a different country, at 40 we would already be a community elder with longevity a limited prospect. We are so fortunate, and in so many ways, to have been born in a prosperous nation with the predisposition and ability to enjoy a long life.

Life expectancy across the European Union averages 80 years of age, same as the US. Although we may think about the inequities of only living to 80 while some of our industrialized counterparts have life expectancies in the mid- to high-80s, we have little to complain about when compared to the dreadful situation across the African continent. Ravaged by an unfair number of detrimental factors such as disease, famine, and civil war the life expectancies occupying the lower end of the spectrum are shocking and depressing.

Countries with the Shortest Life Expectancies

Yes, statistics is a tricky game. There is much room for interpretation when making calculations and plenty of ways to skew statistics. Yet, even given some disparity the numbers leave little doubt that wealth is a huge influencing factor for a long life expectancy. Take #1 Monaco, an incredibly small and prosperous city-state whose wealthy resident’s life expectancy reaches the incredible age of 89 years! Life expectancy for France is almost 10% less at 82 years of age (remember France all but envelops Monaco, surrounding the small country on all its land borders).  80 plus years is nothing to scoff at, but neither is an additional 10% of life a petty calculation.

The Tricky Nature of Statistics

Can life expectancies really vary that much by a couple of miles? That is the tricky nature of statistics. If you’ve ever been to Monaco and the surrounding French countryside one would assume that the French residents would have an equal, if not longer, life expectancy than their Monegasque counterparts. Although Monaco has a lion’s share of extremely wealthy residents, the lifestyle has plenty of negatives including those typical in the gambling industry such as heavy alcohol use and smoking. The French citizens residing just outside Monaco have a juxtaposed lifestyle full of farms and agriculture, with considerably less toxic influences. Yet the healthier lifestyles of the countryside residents are counter balanced by their comparative lack of wealth and resources. Further muddling the statistics is that life expectancy is averaged between factors across the country which also varies from the cleaner lifestyles of the countryside to the more negative influences of the French metropolitan areas. Hence an average for a particular area/country with smaller, wealthier, longevity prone regions getting the better of the law of averages.  And let’s not kid ourselves-when it comes to longevity wealth accounts for a great deal, hence the amazing life expectancy in Monaco and many other wealthy countries with long life expectancies.

Yet, there are certain populations spread throughout the world that enjoy an increased life expectancy that are not greatly influenced by wealth. These longevity anomalies, commonly referred to as “blue zones,” have an increased life expectancy far beyond what is estimated for their surrounding or similar populations. Although their longevity factors vary many commonalities for these “blue zone” regions and their peoples can easily be adapted to our everyday lives.