Proof That Much Can Be Accomplished at Any Age! 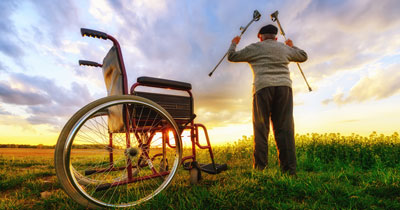 Ever wonder what you’ll be doing in your golden years? Sitting by the beach reading a book, climbing a summit, shuffleboard champion of the greater Southeast Florida division?

Yes, we know that aging is the process of growing old. But what is it? At the biological level, aging is the byproduct of damage to our bodies over time. Physiologically, aging results from damage to the fiber of our being: molecular damage and cell damage, organ damage, etc. It is a snowball effect happening inside our body. Accumulation of damage that will wear on our mind and body. We slow down mentally and physically, we become more susceptible to disease, our most essential components break down and deconstruct until one day the sum of the whole is not enough to sustain us. Sometimes this life transition is linear, consistent, predictable. Often it is not. While we would love to be able to predict, with certainty, a person’s life expectancy based on a wide variety of factors (genetics, gender, sociological and environmental influences) we are simply just not able to dissect and outsmart nature on this level. However, overall most American’s can expect to live to approximately 80.

There is our linear age, as we pass through the years 1 through (hopefully) 80 and beyond. There is also our biological age which accounts for the relative age of our organs, cells, and tissue. Our biological age is influenced by many factors including genetics, lifestyle, and luck. There is no ‘typical’ older person, no milestone markers for seniors as such we see with young children. Some septgunerians have physical and mental capacities similar to many younger adults. Some people experience significant declines in physical and mental capacities at much younger age due to the afore mentioned factors. We can positively and negatively influence our biological age with our choices and exert this lifestyle influence at any point on the linear progression of age to make an impact. Some negative impacts can be immediately and equitably counteracted with positive influences. Impacts can be big or small, having a direct effect or collateral effect.

While one’s mental and physical diversity in older age may seem destined and inescapable it is, in fact, not. A large part arises from people’s physical and social environments (lifestyle) and the impact of these factors on their health opportunities and choices. The relationship we have with our physical and social environments is skewed by factors such as the family we were born into, our surrounding socioeconomics, our gender, and our ethnicity. Are our environments skewed towards inequality or good fortune? A significant proportion of the diversity in older age is due to the cumulative impact of these health inequities across one’s life course. Yet if good fortune is over run by inequalities there is the opportunity to mitigate and even reverse the negative aspects accumulated. This can be done at any point in our linear age leading to a potential youth elixir for our biological age.

There is a prevalent theory that testosterone is toxic to body as we age, thus contributing to the decreased longevity of men in comparison to women. There is also the theory that the extra X chromosome for women is beneficial and the lack of a duplicate chromosome for men detrimentally influential to their longevity. While gender is a very calculable factor in somebody’s linear and biological age we are still very fortunate in America to usually (hopefully) age till around 80. Through the past several decades men’s life expectancy has only varied by approximately 5% (less) in comparison to their female counter parts. This variation in gender life expectancy holds true for many industrialized nations.

There are some very stellar examples of those who would otherwise be considered elderly yet for whom their linear age is but a number. This is both comforting and substantiating that there is a wealth of opportunities available to both our mind and body as we age. As these nonagenarians, octogenarians, and septuagenarians show us much can be accomplished at any age!

Betty White: Born in 1922 and now 96, she is the recipient of numerous entertainment awards and has a vast career that spans decades in the entertainment field. She is still very active and extremely visible in her entertainment career as well as an avid activist for a variety of animal rights and welfare issues.

Bob Barker: Born in 1923 and currently 94, Barker is also actively involved in animal welfare campaigns. Having recently retired from his long career in entertainment, Barker’s career spanned over a half century. He became a dedicated vegetarian during the second half of his life, complementing his animal welfare and conservation interests and activism.

Yuichiro Miura: Born in 1932 and currently 85, Miura is a world-famous mountaineer. Miura and his achievements are listed in the “Guinness Book of Records” and are common knowledge both in Japan and across the world, as he is a mountaineering legend. At age 70 he became the oldest person to summit Mt. Everest.  This record was later broken (don’t despair, this fact has a happy ending!) by himself at the incredible age of 80! Mount Everest is the highest summit in the world, existing at approximately 29,000 feet (about five and a half miles above sea level). Just making it to base camp is an amazing accomplishment; thousands attempt to summit yet just a fraction succeed. Miura has reached the summit three times in his lifetime — all when he was over the age of 70!

The Iron Nun: Also known as Sister Madonna Buder, she is currently 87 years old and in better shape than most people, of any age! Known affectionately as the Iron Nun because of her prolific triathlon and Ironman career, Buder has completed over 350 triathlons and 45 Ironman competitions.  Triathlons consist of 0.9 miles swimming, 24.8 miles cycling, and 6.2 miles running. An Ironman competition consists of a 2.4-mile swim, 112-mile bike ride, and a full marathon (26.2-mile run). In her autobiography “The Race to Grace” we learn how Sister Madonna transformed to a world class athlete and inspiration. Buder is a Roman Catholic nun who only began running at age 48. She completed her first triathlon at age 52 and completed her first Ironman event at age 55. At age 75, the Iron Nun became the oldest woman ever to complete the race.  This record was later broken (don’t despair, this fact has a happy ending too!) by herself at age 76. Buder has the current world record for the oldest woman to ever finish an Ironman Triathlon, which she obtained at age 82.

Ted Turner: Born in 1938 and currently 79, Turner is a media mogul turned activist on a wide variety of animal and environmental issues. In addition to being the creator of CNN and TBS, Turner is also well known to be one of the largest private landholders in the country, owning approximately two million acres. His property is used for a wide variety of ventures from working ranches, to animal conservation, to environmental projects including reforestation and solar energy ventures. Turner is also an avid philanthropist, popularly known for his $1 billion gift to the United Nations.

Stephen Hawking: Although Hawking recently passed away he was still, until his last days, explaining the mysteries of the universe to us even at the age of 76. Born in 1942 Hawking was an iconic theoretical physicist and cosmologist. Diagnosed with a degenerative motor neuron disease (ALS) in his early 20s he not only survived well past doctors’ expectations but thrived even with ALS as a prominent scientist, author, and public figure.

There is a wealth of opportunities available to both our mind and body as we age. Just look at Betty White, Bob Barker, Yuichiro Miura, The Iron Nun, and others!